Freedom Time International helps people of all backgrounds by discerning demons, casting out demons, and by mentoring people to true freedom in the Way, the Truth and the Life.

For Christians, our most popular service is the SPIRITUAL DETOX which propels levels of growth, wisdom, vitality, spiritual awareness and effectiveness that many would not dream possible.

Our compassionate Freedom Leaders are specially trained and experienced people, empowered by Jesus Christ to give effective help. We offer this free service in person or online via Skype.

One of our highest priorities is to equip and train believers worldwide to do this same work which is an extremely powerful bridge for the gospel in accordance with the great commission.

Lyndell Enns was born as a result of a rape. He was adopted into a very loving Christian family who introduced him to Jesus. After graduating from Moody Bible Institute and Moody Aviation with a Bachelor of Science in Missionary Aviation Technology, Lyndell (from Canada) met Daniela (from Italy) while in Africa.

They worked with Mission Aviation Fellowship in Africa, Australia, and Papua New Guinea for five years where Lyndell worked as an avionics engineer. Later, they moved to British Columbia to help pioneer an Internet evangelism work in nine languages with Power to Change. They also led one of Canada’s largest Alpha courses at Northview Community Church, and Lyndell served as the Director of Communications for Alpha Canada.

One day in this period, Lyndell met a Christian man who had a “third seeing eye” which tingled in the middle of his forehead. He wanted help with what he believed was a demon. Surprisingly, in the process of getting him help, Lyndell stumbled upon help he needed himself.

He went through a simple freedom process and felt like he’d just been cut loose from tons of baggage holding him back spiritually…weight he hadn’t even realized he was carrying. Daniela had a similar experience, and they were both propelled into personal revival!

Their Bibles came alive, they became aware of the spirit realm like never before, their love for Jesus came alive, and the gifts of the Holy Spirit blossomed in their lives. Soon others wanted what they had and it became contagious! In addition to helping many come to Christ, they were soon helping people get rid of their demonic parasites, and in their pastor’s words, revival began.

Now, with grown children, the entire Enns Family has been called into the battle together. Out of that call has come Freedom Time International, a ministry developed largely by Lyndell and Lorenzo with key help from the entire family.

Lyndell’s heart is to know God and to make Him known. His big awe of God is what propels a freshness of worship, wisdom, love, faith, and a consciousness of the spirit realm that transforms his life, his family, and his leadership. 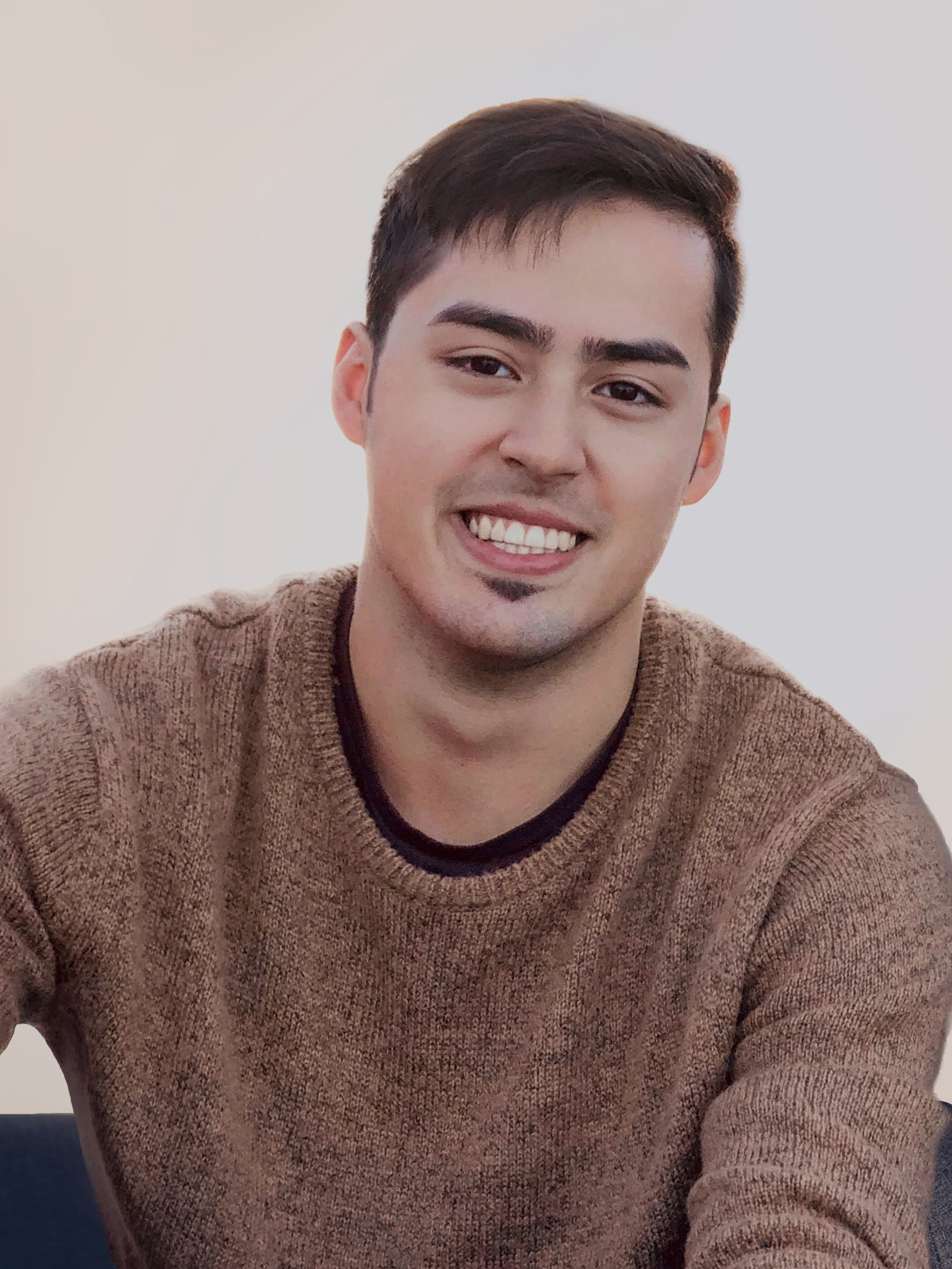 Lorenzo is a natural in creative communications. His outstanding ability in videography, technology, music production, and aviation are married together with his love for Jesus to bring excellence and compassion to our leadership team.

Want us to come to your city or town?

A Launch Pad for Conversation with the Creator Yahweh

Our Father who is in heaven

honored and revered and praised is your awesome name! Draw close to us as we draw close to you. Increase our awe of you daily. Blow our minds with your bigness, your goodness, your love, your power, your creativity, and your nearness. Open our spiritual eyes to see you ten times more clearly than we ever have. Let us get wowed in awe of you! Open our spiritual ears to hear you ten times more clearly than we ever have—your precious Rhema voice! I give you my body, my soul, and my spirit, for your use anytime, anywhere, for anything, at any cost. Use them Lord, for your honor and your glory forever and ever.

May your Kingdom come

and your will be done here on this tiny speck of dirt called earth, just as it is in heaven. We know the god of this world would hate that, but we cry out even louder to you Father, you’re Kingdom is welcome and desperately needed here on earth! Please bring it. May your Kingdom come and your heavenly will be done here in my family, my entire tribe, my city, my country and in every family and business, legislature, city hall, court, school, university and church around the world. Supply wise leaders in these places and bless them with wisdom, spiritual freedom, and prayer support. Remove leaders of foolishness from their influence. I know it will take great battles in the heavenlies for your Kingdom to invade the spiritual darkness on earth—for your will is so completely opposite of satan’s, but please dispatch your armies of angels to fight the necessary battles, even as the arch angel Michael helped fight the evil angel of Persia for twenty-one days before breaking through! Be merciful and dispatch your big guns, that your Kingdom come and your will be done here on earth where satan and his legions of demons are so actively deceiving, stealing, killing and destroying lives. Raise up and protect and empower your people to bring light and life and freedom that comes only through the precious shed blood of Jesus. Raise up workers to work in the ripe harvest fields of planet earth. Thank you for the authority you have given us through Jesus over the enemy. Help us to use it well. Give us a Spirit of wisdom and revelation to walk in love with You and in sync with your perfect wisdom, the wisdom of the tri-universe which you have created—the physical universe, the social universe, and the spiritual universe. Help us to follow the order you have established in all three of these, with our body, soul, and spirit. We trust you and we trust your ways.

Give us this day our daily bread

Thank you for your love and kindness and favour especially toward those who love you and have awe and respect for you. Bless your people with protection, provision and prosperity. Thank you that in wisdom’s right hand is long life, and in her left hand is riches and honor. Supply us and your angelic armies richly to do battle with great strength both here on earth and in the heavenlies. Help us help the poor and needy, those in bondage, and the persecuted. May those responsible for persecution and oppression be stopped and come to know Jesus.

as we forgive those who sin against us. Lord, we can be so frail, so forgetful, so short sighted, so feeble, so selfish, so prideful, so sinful, so unlike you. Please forgive us, and help us to forgive those who sin against us, for we have been forgiven much. Enable us to forgive them genuinely, mercifully, and from the bottom of our hearts so that you can forgive us. Help us to be like Jesus in love and mercy and grace and power and wisdom.

Lead us not into trials

and tests but deliver us from evil. We see how you allowed Job to be tested when you briefly lifted your wall of protection from around him and his family. Satan wasted no time taking advantage, stealing, killing, and destroying. Please instead, raise up and increase the wall of protection around us and bless us as you blessed Job before and after his trial. Heal our bodies. Heal our souls. Heal our spirits. May we live in great faith and righteousness as Job did, bringing great honor to your Kingdom. For yours is the Kingdom, the power and the glory, forever and ever. In Jesus' Name AMEN.

Service Disclaimer: This is a prayer and wisdom service. We are neither psychological nor medical professionals. We do not charge for our time. We encourage the proper use of food, medication, and medical care from qualified practitioners. We make no guarantees regarding an individual's physical health, psychological well-being, or financial position. Use of FreedomTimeInternational.com is subject to our Terms and Conditions and Privacy Policy.